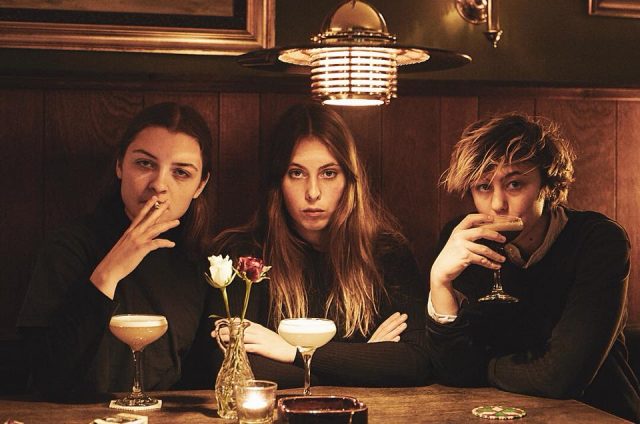 Baby in Vain drop by Tapetown for the next installment of “Live At Tapetown”, before playing their show at Radar Friday evening.

Baby In Vain will be bringing their brand of noise to Aarhus tomorrow (Friday the 2nd of March) – when they perform a headlining set at RADAR. First however, we’re lucky enough to have the 3 young ladies ready to record a ‘live-in-studio’ exclusive for the ever popular ‘Live At Tapetown’ series.

With enough debate to fill many a conversation about the unevenness of most Danish and international festivals on the topic of female-led acts not being featured, Baby In Vain’s short victory tour of their home country affirms the fact that the rock genre really is for everyone. The evidence is in both their wonderfully reviewed debut LP, and the sheer number of ticket sales. Copenhagen and Odense are already sold out – or close to it, and folks are clamoring to grab a place at the intimate RADAR for tomorrow’s show.

I’m told that you definitely want to grab a ticket in pre-sale from Radar’s ticket site – they’re going fast. Support for the anticipated show is from the British, Do Nothing. A double header for sure.

Stay tuned to GFR for the exclusive debut of Baby In Vain’s Tapetown visit – and other news from the sessions.